You are here: Home / Archives for giving 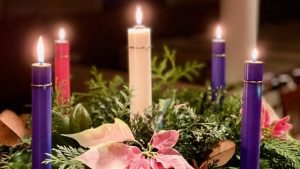 As we give thanks for all that God has done for us and for the special people in our lives. we invite you to make a special Gratitude Offering to St. George’s during Advent in support of our ministry together.

You can also mail a check to the office (PO Box 7127, Fredericksburg, VA 22404). Please include “Gratitude Offering” in the memo line and also note who you wish to honor or remember with your gift.

We will celebrate our gratitude together by publishing these names at Christmas. Please make your gift by December 15th to have your honoree’s name included.

Thank you for your generous support! 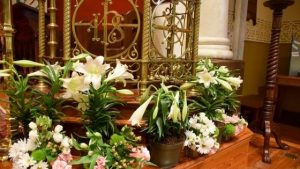 We give thanks for the generosity of everyone who gave for this year’s Easter Gratitude Offering. Thank you to all who gave a gift in memory of, in honor of, or in thanksgiving for a loved one.

We printed a listing of gifts in our Easter bulletin. Since we continued to receive generous gifts after Easter, we are publishing a completed list here.

In Memory of:
Rose and John Alston by Michael Alston and Michele Prout
Curtis and Virginia Backus and Herbert and Sue Miller by Curtis and Barbara Backus
Ellen Alvey Montller by Pamela Booth
John Garretson Brokaw III by Brenda J. Brokaw
William Cheatham by Iris Cheatham
Ginny Morton and our friend, Lynn Levine by William Cole
Janet by Mike Fray
Wayne Harman by Lucy Harman
Barbara Willis by Alison Heartwell
Donn Holt by Ann Holt
William Schwarz and Sue Lang by Julie and Bob Lang
Harald Loch and Walter Perdue by Achim and Laurel Loch
Bob Seward by Gloria Lloyd
Gerhard Vienna, his Opa and my mom, Dina Butcher’s cousin by Amanda Mack
Loved ones by Barbara and Guy Miller-Richards
Loved ones by Liz Myers
My parents by Karen Pierce
Our Loved ones by Diane and Ralph Powell
Our grandson, Maximillian Craig Rains by Carol and Craig Rains
Our parents, Jim and Margie Mathias and Nels and Madge Rasmusssen by Peter Rasmusssen and Peggy Mathias
Carole Coen and Leon Rose by Ron Coen and JoAnne Rose
Norman Schlemm, Jr. by Rose Marie Schlemm
Deceased relatives and friends by Darlene Snider and Amy Barrett
Keith and Robert Sweaney by Carole Sweaney
Thyra Valade by Larry Valade
Mrs. Verna Dreyer and Mr. Patrick Verdine by Peggy Verdine
Our Parents, Kitty and Doug Quarles and Phyllis and Ferris Wafle by Kitty and Ben Wafle
Tim Waltonen by his family
Steven Dodd by Patricia Wiedel
My wife, Artemis, by Jim Wilhour
My parents, Jim and Barbara McDonald by Jane Yaun

In Thanksgiving for:
The St. George’s clergy and staff who made the Lent-to-Go bags by Bill and Cindy Helton
My new St. George’s family by Kathy Lober
Emma and Sarah by Barbara and Guy Miller-Richards
Nora and Sally Karsten and Sydney Stambler by Aaron Karsten and Melissa Mooney
The ministry of Beth Klein by Dorothy Steppe
Many blessings by Tom and Sheila Tanea

In Honor of:
My family by Anne Beals
Jeanette Cadwallender by Anne Beals
Joanna, Mike, Scott, Maureen and Charlie by Mike Fray
Our family by Lewis and Susan Graves
Our daughter, Collins by Chris and Jordan Hinkebein
God’s family and the life of the world by Patricia Johnson
My son, Danny Akers and my daughter, Jean Akers by Barbara Lawrence
Father Will and his inspiring sermon by Amanda Mack
Casey Hu by Teresa McNally
Jan and her service to St. George’s by Tom Meredith
Miana Karsten by Aaron Karsten and Melissa Mooney
My Family by Diane Young 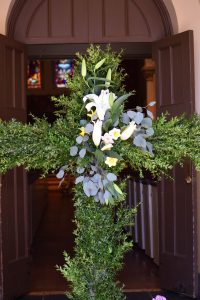 We give thanks for the generosity of everyone who gave for our Easter Gratitude Offering. Thank you to all who gave a gift in memory of, in honor of, or in thanksgiving for someone.

We printed a listing of gifts in our Easter bulletin. Since we continued to receive generous gifts after Easter, we are publishing a completed list here.

In gratitude:
By Martha and Gary Ferrebee
By Maureen Friedham
By Maggie and Bruce Heckman
By the Kaiman family
By Eleonore Spears
By Mr. and Mrs. J.M.H. Willis, Jr.

Use this form to make donations for Christmas Memorials and Thanksgiving.  Submissions and donations must be received by Sunday, December 15 to be included in the Christmas bulletin. Don’t want to give online? Pick up a form in the church office or narthex.

Fill out the form below, or if it’s not displaying correcting, fill out the  online form.

Thank you to St. Georgian Beth Spragins for her original poem “At Evensong”. Beth wrote this poem in response to the question, “What I love about St. George’s”.

Candlelight
Softens corners of the night,
Stills my mind to meditate
And await the whispered might

Of the One
Who extinguishes the sun
With a painting in the sky.
Lullabies of love begun

Long ago
Echo in the ebb and flow
Of tidal tunes that retreat
With silver heat of moon glow.

My torch fails.
Dark devours the altar rails,
Hides the beauty of the grace
That fills this place when faith pales.

Lamps burn bright!
You come, put despair to flight,
And your hands that hold the dove
Serve with love by candlelight.