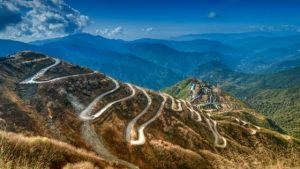 May the words of my mouth and the meditations of all our hearts be acceptable in your sight, Oh Lord our strength and redeemer. Amen.

In our Gospel story today, it seems like Jesus is trying to take a vacation again. The scripture says: “he didn’t want anyone to know that he had entered a house, but he couldn’t hide.” (NRSV)

To understand why he might have wanted a break, I’ll give you a quick recap of the highlights from the last couple of chapters: in Ch 6 he’s rejected from his hometown, his cousin gets killed by Herod, he feeds 5,000 hungry people, he calms a storm and walks on water, he does more healings and then has a public argument with the Pharisees and legal experts.

No wonder he needed a break! He sets out and goes to the region of Tyre. Tyre was mostly inhabited by Gentiles, it was a wealthy port city, and was also at odds with the Galilean Jews.

Josephus, a Roman-Jewish first century historian who was born shortly after Jesus died, listed the Tyrians among the Jews’ bitterest enemies. According to one commentary, Tyre imported its produce from Galilee, the breadbasket of the region. In times of abundance, this relationship worked well for both parties. In times of crisis or famine, Tyrians were able to purchase the harvest of the land and often made large profits, and Galileans were left with little for themselves. ,

In addition to this uncomfortable economic relationship, there was a troubled history between the Tyrians and the Jewish community. Just 130 years before Jesus was born, Tyrians had assisted King Antiochus IV, one of the great persecutors of the Jews, in the siege of Jerusalem and the terrible desecration of the Jewish temple.

This is where Jesus chose to take refuge.

Maybe he thought he would be less likely to be sought out, maybe he figured that Tyrians would rather not associate themselves with him: a poor rural Jewish general contractor. They might let him have the rest he craved. But he had no such luck. Our story tells us that when he got there, word spread and a woman approached Jesus to plead with him to heal her daughter, who was plagued by a demon.

Jesus’ response has thrown Christians into knots for centuries.

He replies: “Let the children be fed first, for it is not fair to take the children’s food and throw it to the dogs.” (NRSV)

This is the only time Jesus says no to someone who comes to him for healing, and on top of his refusal, he insults her too. It sounds harsh to us, but it might have been even harsher to contemporary ears. Dogs were not sweet lovable pets that are part of the family, but more on par with rats, scavengers who lived on garbage.

This is not the kind, compassionate, inclusive Jesus. It is a Jesus who unsettles us, and not in that “be-more-loving” kind of way, but in the cringey way that reflects back to us some of our prejudices and blind spots.

Christians have tried to explain his answer in a variety of ways. Some say that his response is not that bad – after all the Greek word he uses for dog is “kynarion”, which means a little dog, a puppy, which is less insulting. Others observe that he doesn’t outright refuse her request, he prioritizes his mission to the Jews – which was a source of great debate in the early Christian church, Mark’s audience. Yet others have made sense of his response by saying that Jesus was testing her faith.

Some ancient Christian traditions hold that she was wealthy, which adds another interesting layer of disparity between them.

Today I’m going with: Jesus had his prejudices, and I wonder whether there was a small part of him that felt that withholding healing redressed some of the economic and social inequality between the Tyrians and Galileans. Maybe he did think of his mission as first for the Jews and then the Gentiles, and he might have been less compassionate with her because her wealth, status and otherness made it hard for him to be touched by her suffering.

I prefer to read the story this way because without that the healing that she affects upon him and the grace and openness that he shows are diminished.

In this story, Jesus models what it’s like to be wrong, that most human of qualities.

As I was reflecting on this story, I wondered how this encounter might have played out today.

In an article on the evolution of the concept of “cancel culture”, the author describes how the meaning of the term has drifted further and further away from its original intention as an instrument for traditionally marginalized communities to seek accountability and change, especially from people who hold a disproportionate amount of privilege.

She says that it is often now used as shorthand to describe an aggressive style of communication on social media which treats public debate as a battlefield.

She quotes journalist Zeeshan Aleem who says: “It’s … a climate in which nothing is untouched by polarization, in which everything is a proxy for some broader orientation which must be sorted into the bin of good/bad, socially aware/problematic, savvy/out of touch, my team/the enemy. … What this does is eliminate the possibility of public ambiguity, ambivalence, idiosyncrasy, self-interrogation.”

And I would add that it eliminates the possibility of just plain being wrong. Ambiguity and self-interrogation are both important parts of being able to admit wrongness. Being wrong is hard even in the safest and most loving of environments. Being wrong when it feels like there’s not much grace is so much harder.

A core part of our journeys as Christians is metanoia, or conversion. Our baptismal covenant wisely includes 6 questions as part of the examination of the candidates – 3 of them are called the ‘renunciations’, three opportunities to renounce the influence of evil over us. The next three are the ‘affirmations’, three opportunities to affirm our desire to turn towards Christ.

The renunciation of evil and the commitment to follow Christ represent the journey of a lifetime of conversion. A conversion that is taking place every day of our lives, in every relationship.

The Syrophoenician woman creates the space for Jesus to have a change of heart by persisting. She challenges him to exercise the values that he’s been practicing in his ministry – the reality of God’s love and grace for everyone, this time even Gentiles. She invites Jesus to expand the fellowship of his table and opens the possibilities of the breadth of his kingdom. She invites him to go beyond a binary, beyond either/or towards both/and.

The story tells us that he returned from the region of Tyre and went by way of Sidon towards the Sea of the Galilee, in the region of the Decapolis. This is like saying he went from Fredericksburg to Richmond by way of D.C. (the traffic on the 95 would have extended his time with us here on earth). It seems like the Syrophoenician woman inspired him to go further into non-Jewish territory.

She is the second non-Jewish person that he heals and the third follows right after her, after which he feeds 4,000 people still in Gentile territory.

This story reminds us that the disappointment and hurt that we cause each other can all still be used by God for the good of the kingdom. Even our prejudices can’t keep God’s grace out.

To close, I want to share the words that Lutheran Pastor Nadia Bolz-Weber shares at house brunches to welcome newcomers to the church. In her greeting, she tells them:

“At some point, I will disappoint you or the church will let you down. Please decide on this side of that happening if, after it happens, you will still stick around. Because if you leave, you will miss the way that God’s grace comes in and fills in the cracks of our brokenness. And it’s too beautiful to miss.
Don’t miss it.”

May our Christian journey follow in Jesus’ footsteps and may it be a wonderful adventure of stumbling, making mistakes healing and growth. Amen.

We are called to reach out and journey with those we know who are experiencing life transition or crisis. … END_OF_DOCUMENT_TOKEN_TO_BE_REPLACED

As we give thanks for all that God has done for us and for the special people in our lives. we invite you to make a special Gratitude … END_OF_DOCUMENT_TOKEN_TO_BE_REPLACED

St. George’s Episcopal Church will offer a free Chamber Concert on Sunday, November 20 at 3 pm. The concert is part of the church’s Chamber … END_OF_DOCUMENT_TOKEN_TO_BE_REPLACED