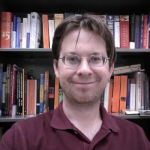 David Marsich is the Assistant Professor of History at Germanna Community College. His lecture is entitled “St. George’s in Context: A Primer on Early American Religious History”.  The lecture will examine the history of the parish in the context of colonial American religious history; including the religious history of the colonial church as a supporter of slavery. Marsich is a Ph. D student at George Mason University. He holds a bachelor’s degree in history from St. Mary’s College of Maryland and a master’s degree in history from the University of Kentucky. Prior to joining Germanna, he worked at historical sites, including Jamestown and the Shaker Village of Pleasant Hill, Kentucky. He has published peer-reviewed scholarship and is a frequent speaker on early American history.

The July 21 webinar is the first of a three-lecture series. Dr. Erin Devlin of the University of Mary Washington will look at the history of the church amidst racial strife and the civil rights era. John Hennessy, chief historian at Fredericksburg and Spotsylvania National Military Park, will close the series by examining the role St. George’s played during the Civil War years.

“An important part of our 300th Anniversary celebrations is examining our history,” explained the Rev. Joseph H. Hensley, Jr., the twenty-seventh rector of St. George’s Episcopal Church. “Our goal is to look at the whole story, celebrating the faith, love, and good works of the generations before us while being honest that faith was used as justification for works that were the opposite of love.”

Older than the town of Fredericksburg, the congregation of St. George’s Episcopal Church was established in 1720 as “St. George’s Parish” by an act of the House of Burgesses when Virginia was still a colony. St. George’s played an important role in early American history, counting several notable revolutionaries as parishioners, including the families of George Washington, John Paul Jones, and Patrick Henry. White clergy and parishioners participated in the enslavement of African-Americans until the Civil War. A century later, the parish gradually abandoned racial segregation and has become more known for its support of equity and inclusion. From its iconic downtown steeple and clock tower ringing the hours, to its many acts of service in the community, to the prominent role of clergy and parishioners in the events of each generation, St. George’s has been at the heart of the Fredericksburg community for three centuries.

We are called to reach out and journey with those we know who are experiencing life transition or crisis. … END_OF_DOCUMENT_TOKEN_TO_BE_REPLACED

We are now hiring a part-time Ministry Assistant to join our ministry staff at St. George's. The ministry assistant is responsible for … END_OF_DOCUMENT_TOKEN_TO_BE_REPLACED

On Sunday, May 29, Pastor Joe Hensley offered a space after the morning service for people to gather and share how they are feeling in the … END_OF_DOCUMENT_TOKEN_TO_BE_REPLACED